No Country for Old Men Sprint #9

For this sprint I worked mostly on lighting, getting the scene ready for lighting, and watching the level design lighting videos.  I learned a new workflow strategy from Level Designers Brian and Teandre, learned more about the lighting tools UE4 has built in it and I cleaned up the scene a little bit for lighting.

One of the problems that our team faced with lighting was when the gameplay level (persistent level) is checked out.  When this level is checked someone is waiting on another person to check it back in to do their work.  To solve this I talked to both Brian and Teandre and they explained how the level designers work together on the levels for Zenko: A Fox's Tail.  Multiple level designers can work on a level together and have different layers, similar to photoshop, locked if they are working on it.  During common art class I met with both level designers and our technical director so we could learn how this system works with creating the layers and understanding how to work better together. 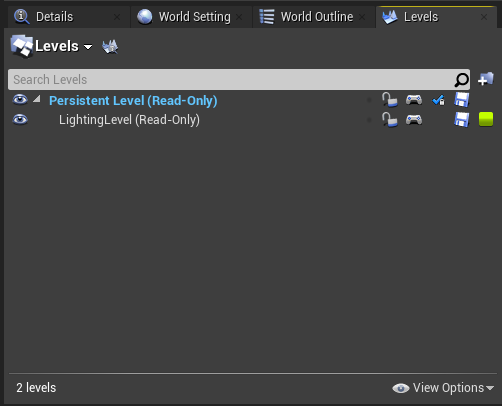 Level Toggle and Selected Actors In
To further organize the scene any asset that is lighting I created a naming convention for so that it is easy to spot in the outliner and it tells you which level it's in.

Lighting Naming Convention
After organizing the scene, I began to adjust some of the lights and add to the scene based on some of the tools that I learned about after watching the level design lighting classes by Alyssa.  My first adjustment was adding a lightmass importance volume around the level to make the lighting look better and more concentrated. 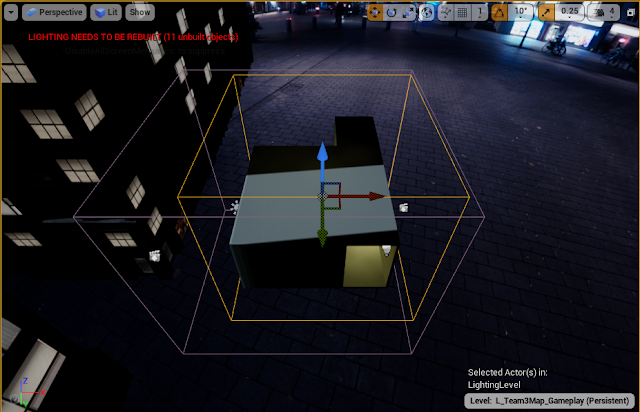 Lightmass Importance Volume Selected in Level
I also added a spherical reflection capture and placed it in the room the player will be in. 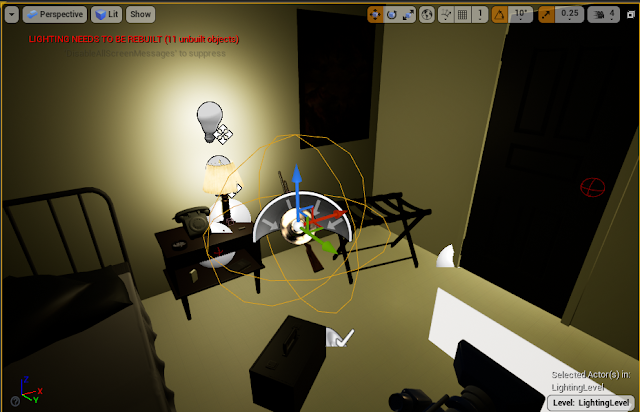 Spherical Reflection Capture Selected in Level
From here I began to adjust and add more individual lights.  For the window light I learned that it is created by a directional light.  I rotated it to have a better angle on the floor for when the light comes through the window. 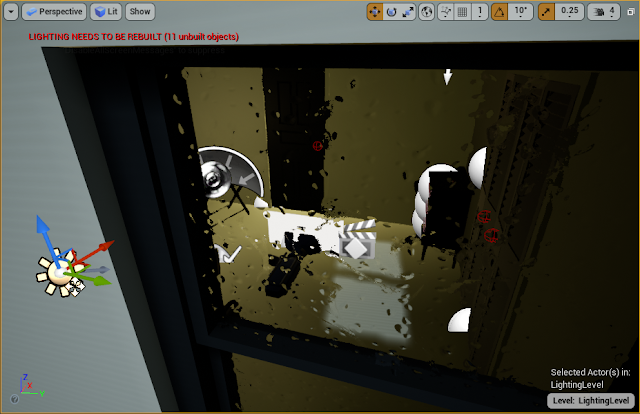 Directional Light Shining through Window
I also adjusted the light that is above the dresser.  Without this light this corner is too dark. Originally it was placed in the ceiling and went through the roof of the level. I brought it down and added s little more light in that corner. 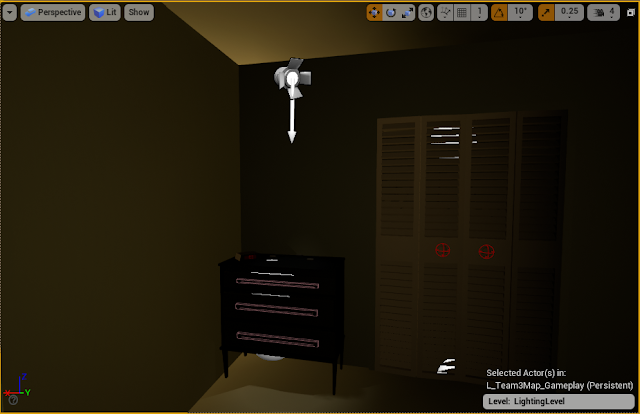 Spotlight above the Dresser
The area I spent the most time understanding lighting was the hallway.  I added two new lights, learned about attenuation, and temperature. Originally the hallway had one light that was on the floor.  It also had an orange color to it and it was static.  In the update I moved the light higher more where you would expect there to be a wall mounted light.  The attenuation radius was adjusted to that it is smaller.  For the color on the lights, I messed with the temperature setting and moves it to a yellow color.  Each of the lights is on stationary.  I learned from Teandre some of the differences between stationary and static. 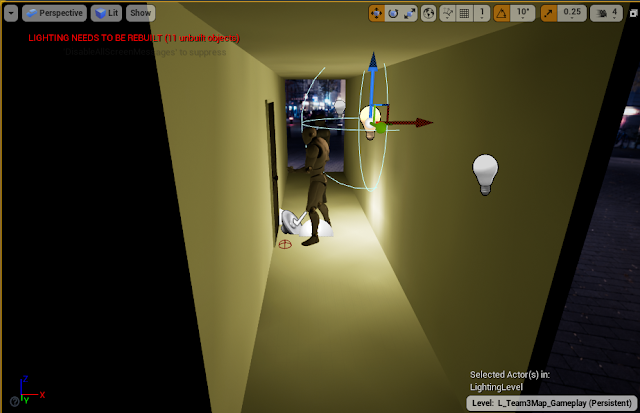 Hallway Lights in Level
An issue I am currently figuring out with lighting is the wall bleed issue.  Currently after building the top corners of the player's room you see a little bit of light showing. 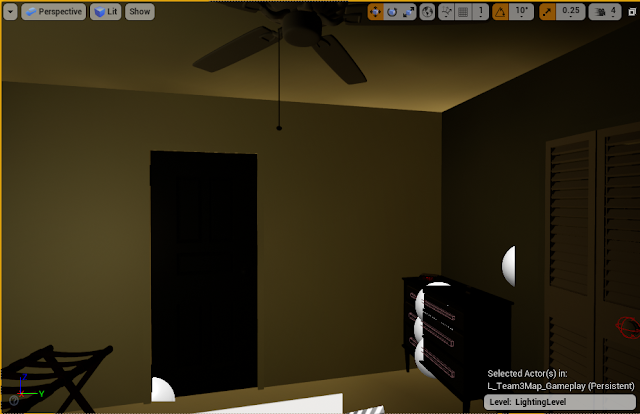 Light Bleed in Player Room Corner
Aside from working on lighting I am just beginning to work on the Money Case rig as I have just been given the model! 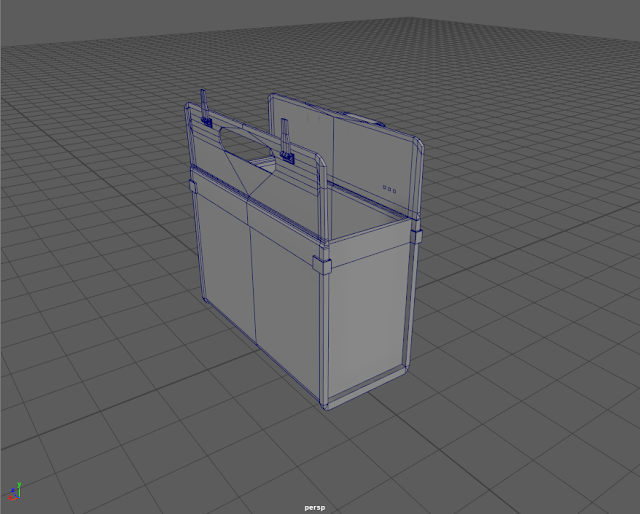