No Country for Old Men Sprint #4

For this sprint I worked a lot with the phone in the scene.  As I have never worked with physics before in UE4 most of the time I am doing research to try and figure out how physics works in UE4.  I have never even opened this window in UE4 before. The hardest part to get correct on the phone is the cord as when it interacts with the world, it tends to get a bit crazy and go all over the place.  I have actually iterated the physics for this asset three times as it is difficult to determine how it is acting in the VR.  I test this asset out on a basic level just to see how it interacts with the ground and get an idea for the weight and to see how the cord is reacting between the phone and the base.

This is how the phone is acting currently.  I put a cylinder in the scene to see how the cord is reacting when the phone and the base are going in different directions.  Typically to have any idea as to how it is working on the VR end, the other tech artist on the team will let me know during common art class.  This current set up includes bones, constraints and containers and from there it's a lot of working with the settings and seeing how the phone is effected. 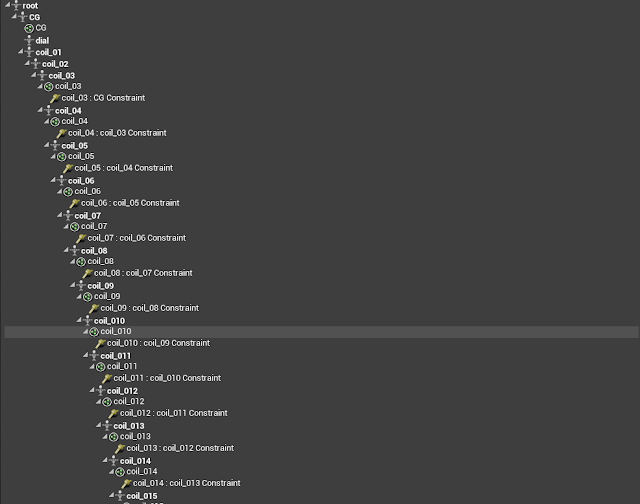 This is part of the hierarchy to get the phone working currently.  I actually created the joint hierarchy in Maya and brought it over to UE4.

This is one of the tests I did to try and understand how the physics is working.  In one of my other iterations the geometry does not go into the ground but after I added the constraints it seemed to be able to go into the ground again.  If you select the joint you can see it moving all over the place. 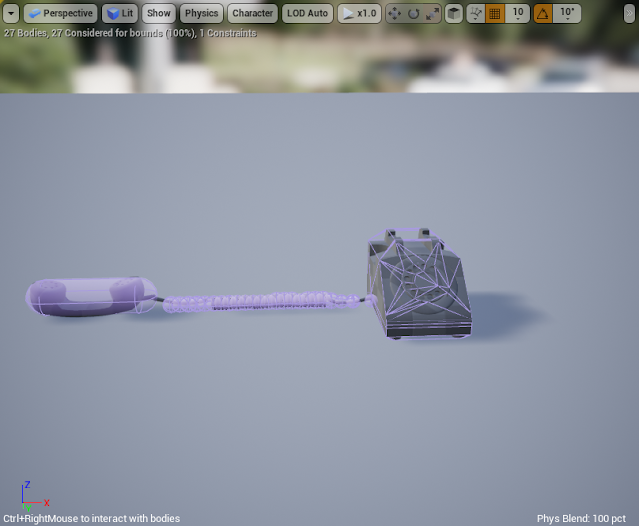 This is what the colliders looked like when they didn't go into the ground and I'm thinking of bringing this back and seeing a difference between the two and which one gives a better solution. 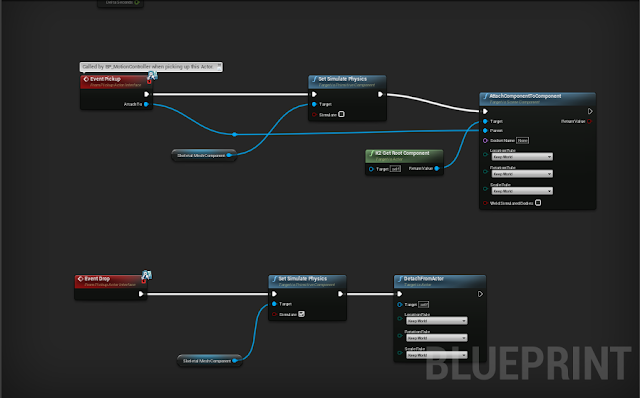 As this asset is going into the VR I did create some blueprints to allow it to be picked up.  This needs to be tested again to my knowledge as when he tried to pick up the phone it was running away and was completely out of the scene room.  We found this problem to be because of the collisions on the floor and walls of the room.

While working within the physics interface for the first time, this is one of the problems I came across.  Physics can be finicky and tends to break easily.  I found this to be fun but I also had no idea what caused the problem to occur.  This is the phone rotating around and catching speed but also never ending going around the environment like this.

This was another problem I came across where the joints began to grow and also move around a lot and never end.  This one was caused when I adjusted one of the constrains.  Originally I turned on and off simulation to see if it would reset but it actually made it worse.
at March 05, 2021

For this sprint I continued to work on the phone asset and the rig for our shotgun.  The goal for the phone is to have it be able to move a...