No Country for Old Men Sprint #12

This week I worked on lighting and fixing the bifold door rig.  Earlier in the week I had level designer Joey critique the lighting I did in the level.  I messed around with the lighting in the hallway and tried to create two lights on both ends of the hallway.  Joey suggested having it a cooler color than a warm color. 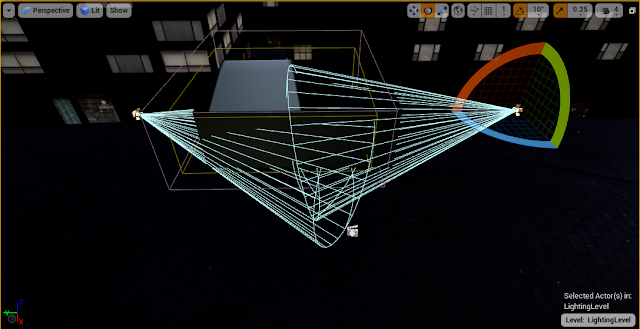 Placing Lights on Both Ends of the Hallway
After playing around with this idea I ultimately took out those lights and placed one light in the hallway behind the mannequin standing in for Anton.  After working with the hallway I went into the bedroom and checked the light complexity and found very little red.  The hallway by the light was in the orange range. 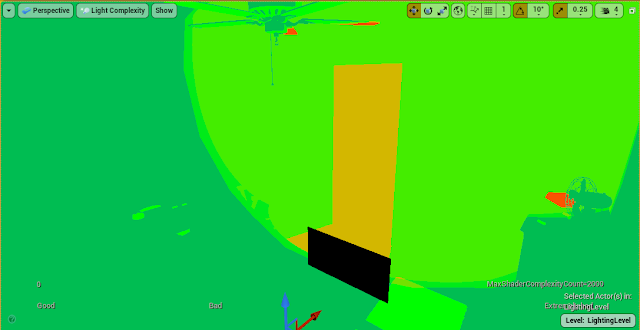 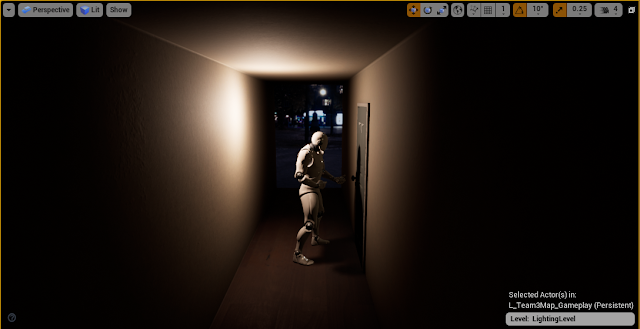 Hallway Light
Since the bedroom was too dark, I added a few lights to brighten up the room so that the player can see better.  I also adjusted the settings on a few of the lights to blend them into one another. 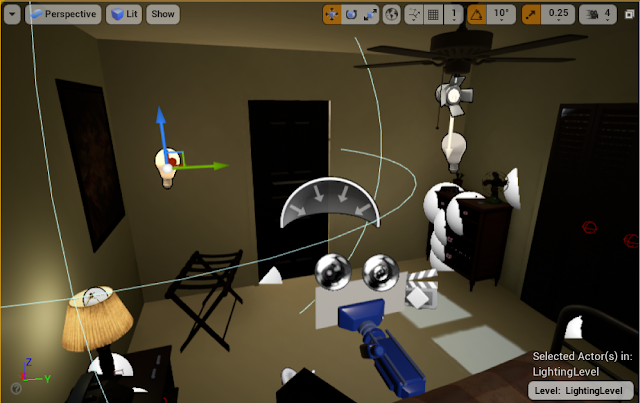 Adding Lights to Room
After many builds and changing settings on the lights I had my team test the lighting in the headset and I set images to three level designers for critique.  My team was able to see the room a lot better with the new lighting and I got positive feedback from the level designers. The biggest part of lighting that needs to be fixed is that there is no black and that the player should be able to see everything. 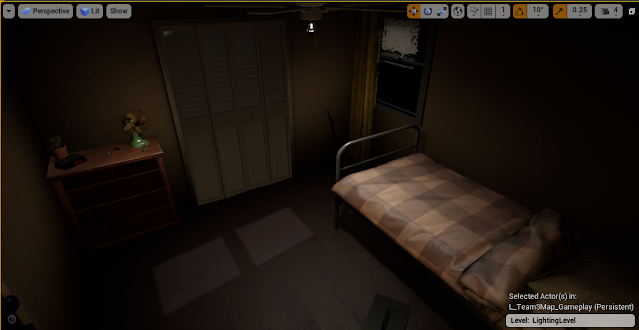 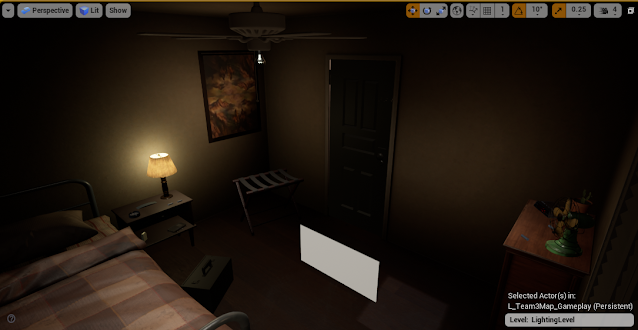 Level Designer Joey Critique #2
After having the professors also critique the lighting in the scene I took out the Sphere Reflection Capture and kept the Box reflection capture in the scene.  The lighting by the dresser was illuminating it too much so I also dimmed the ambient light in that area to still help the player see in that area but also have the dresser not look like it's glowing.  After messing with some of the settings we had an interesting issue with the shadows that appeared behind the fan on the dresser and an unknown shadow that appeared on the wall. 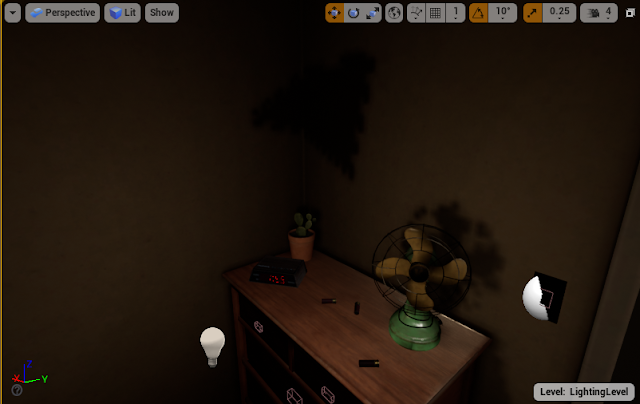 Shadow Problem by Dresser
To combat this problem I changed the light mobility to stationary and dimmed the light down which made the odd shadows disappear.  I also turned off casts shadows. 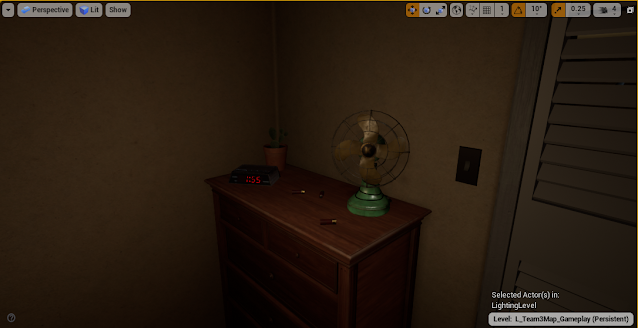 Shadow by Dresser Problem Solved
After working on lighting,  I got an update for the geometry used for the bi-fold doors.  I jumped into the rigging file after downloading the new geometry and imported it in.   I unbound the original geometry and deleted it out of the scene and then cleaned out the name space editor. 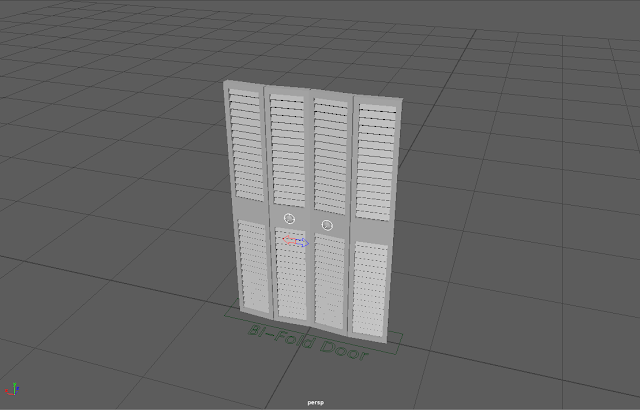 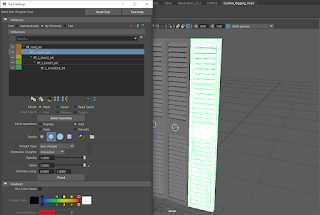 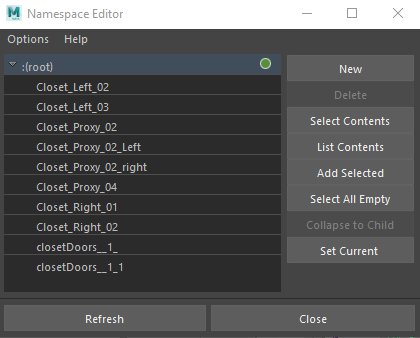 Unclean Name Space Editor
After cleaning the name space editor I noticed that the door nobs were not in the same place as before so I hopped into the rig and disconnected a few constraints so I could move the door knobs back in place. I then constrained what I had unconstrained and checked to make sure the rig was still working as expected. 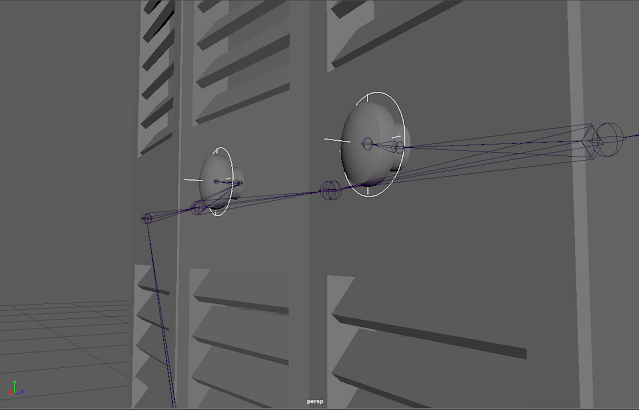 Door Knob Fix
I then re-skinned the geometry back onto the rig which was flooding specific geometry to specific joints since this rig is very rigid. 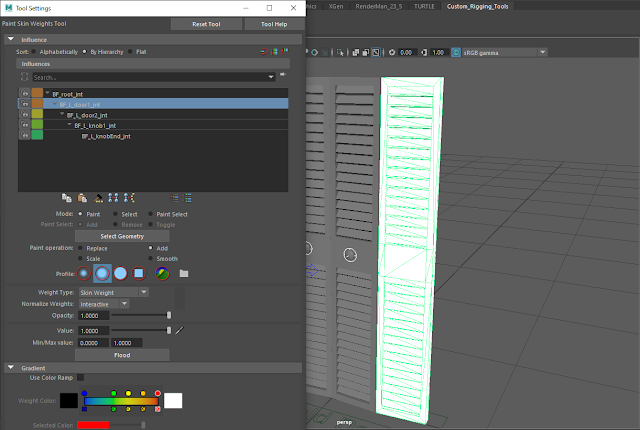 Flooding Skin Weights to Door
From here I updated this rig in engine and let my team know to check it in the VR head set for any unexpected issues. 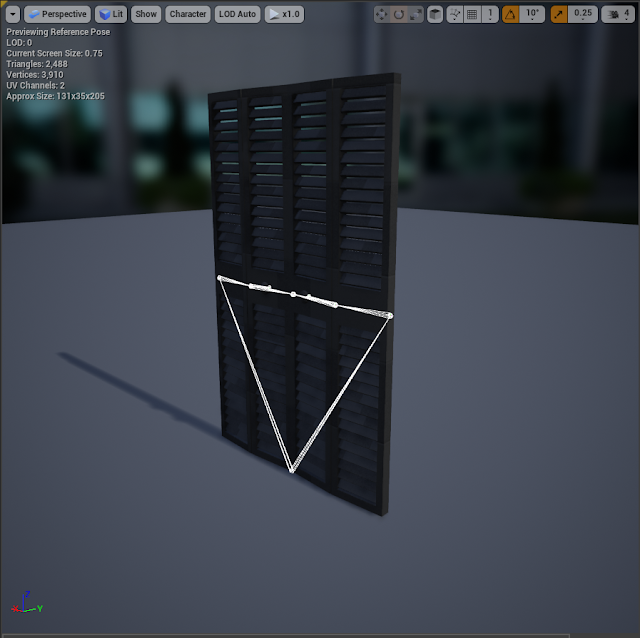